THE AIRLINE INDUSTRY BLOCKED DISCLOSURE OF TRADE DATA, HELPING CONCEAL THE AIRLIFT OF N95 MASKS FROM THE U.S. TO CHINA

The “DumbAss Doofus” knows it was China who released that virus in Wuhan but when China to sell off the US Stockpile of all the masks into the open market to the highest bidder – including OUR STATES! Here is yet ANOTHER way he is Fucking all of us and making big $$ while he does it. Why do you think the Airlines got bailed out in the last “STIMULUS” bill?? Turns out we’re ALL SUCKERS on this TICKET TO HELL!!

FILE – In this April 10, 2020, file photo, ground crew at the Los Angeles International airport unload pallets of supplies of medical personal protective equipment from a China Southern Cargo plane upon its arrival. An Associated Press review of more than 20 states found that before the coronavirus outbreak many had at least a modest supply of N95 masks, gowns, gloves and other medical equipment. But those supplies often were well past their expiration dates, left over from the H1N1 influenza outbreak a decade ago. (AP Photo/Richard Vogel, File)

The ground crew at the Los Angeles International Airport unload pallets of supplies of medical personal protective equipment from a China Southern Cargo plane upon its arrival on April 10, 2020. Photo: Richard Vogel/AP

THE AIRLINE INDUSTRY BLOCKED DISCLOSURE OF TRADE DATA, HELPING CONCEAL THE AIRLIFT OF N95 MASKS FROM THE U.S. TO CHINA!!

IN THE FIRST months of the Covid-19 outbreak — when U.S. hospitals faced a critical shortage of protective gear and exposed front-line medical workers to needless risk — hundreds of tons of medical face masks were loaded onto planes at U.S. airports and flown to China and other destinations for foreign buyers.

While the masks were shipped abroad, the U.S. government failed to address the growing crisis, leaving states to scramble to obtain medical gear as third-party distributors hiked prices and began selling what turned out to be defective masks. While the Trump administration moved slowly to secure needed supplies, some in the Commerce Department even encouraged the export of masks as the disease spread.

The full scale and scope of what happened — including the types of masks shipped, prices, and the destinations for the shipments — are still shrouded in mystery. That’s because detailed disclosures of the airlifts are hidden from public view by the federal government. U.S. Customs and Border Protection only allows public disclosure of detailed cargo data for shipments sent and received by sea, not by air. And almost every crate of face masks destined for foreign markets went by air freight, concealing the full picture of the flow of masks from public view.

The reason for the opaque trade rules? Little-known political maneuvering by the airline industry and its lobbyists on Capitol Hill, which slipped a provision designed to override disclosure requirements into a 1996 law on tariffs.

Many controversial shipments, such as tear gas or overseas weapons sales, are made by air freight. The global arms trade escapes transparency, in part, because of gaps in disclosure.

ImportGenius and Panjiva, another firm that analyzes trade data, are now in federal court to try to force disclosure of the air cargo manifests, claiming that a plain reading of the law shows that the government is still required to disclose the forms.

CBP did not respond to a request for comment. Airlines for America, the trade group that represents the domestic air freight industry, declined to comment.

THE DISPARITY IN transparency has gained new attention in recent months as acute shortages have raised questions about U.S. trade policy with respect to critical medical supplies, including N95 masks and other forms of personal protective equipment.

Rick Bright, a federal whistleblower, testified in May that federal agencies failed to take action to obtain masks as alarm bells went off about the Covid-19 pandemic. “We should have been doing everything possible, placing orders early, ramping up supply,” said Bright, who formerly served as a director of the Biomedical Advanced Research and Development Authority, an agency devoted to responding to pandemics. 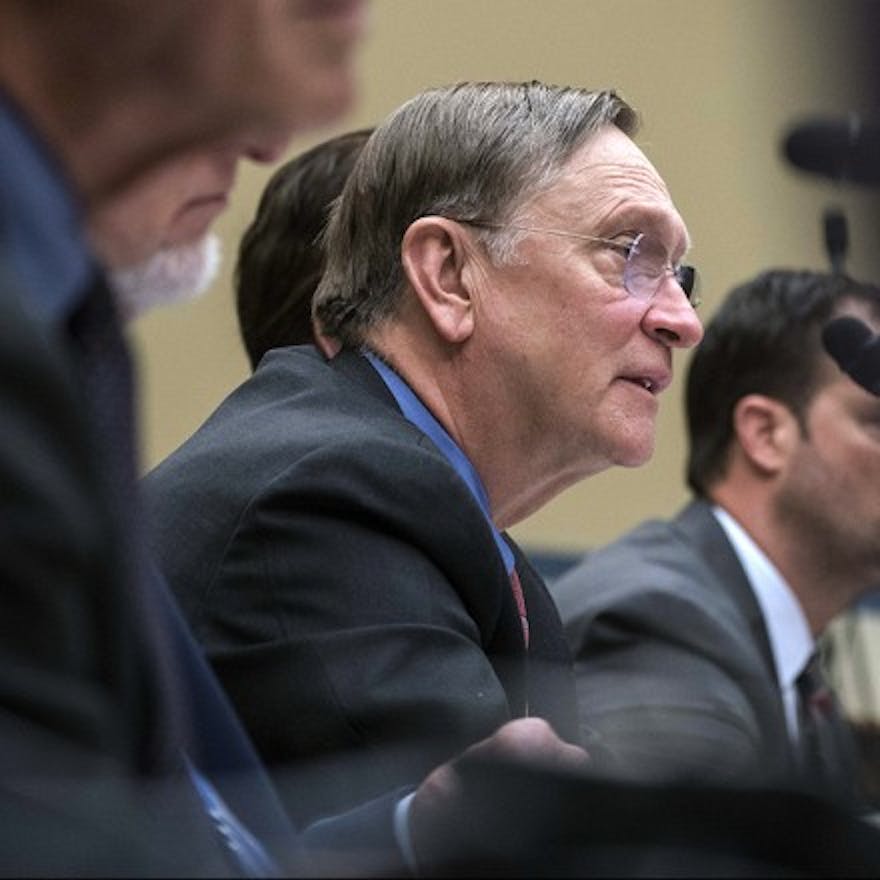 Many countries, including Russia and China, allow public inspection of air freight cargo manifests, which include product details, the size of shipments, unit prices, and the destination for cargo. The U.S., on the other hand, does not… MORE