The amendment would prohibit funds from being used to send federal agents into American cities.

DEMOCRATIC REPS. Alexandria Ocasio-Cortez of New York and Ted Lieu of California are proposing an amendment this week that would prohibit funds from being used to send federal agents into American cities as part of Operation Legend or Operation Relentless Pursuit: Justice Department initiatives that have led brutal crackdowns on protesters in cities like Portland, Oregon. While the Trump administration has framed the dispatching of secret police as efforts meant “to help state and local officials fight the surge of violent crime,” critics such as Oregon Sen. Ron Wyden and Philadelphia District Attorney Larry Krasner have called the tactics “fascist.”

The measure, which was filed as an amendment to the upcoming House Appropriations bill, is co-sponsored by Democratic Reps. Rashida Tlaib, of Michigan, Deb Haaland of New Mexico, and Emanuel Cleaver of Missouri. The House Rules Committee is meeting today to decide which of the hundreds of amendments filed will be considered for a minibus spending package this week.

“I thank Rep. Lieu for co-leading this important amendment,” Ocasio-Cortez said in a statement. “Federal law enforcement officers are snatching Americans off of street corners and placing them into unmarked cars for the ‘crime’ of exercising their First Amendment rights. The United States of America should not have secret police. The idea that these federal law enforcement officers are there to protect Americans is a farce. In his testimony today, Attorney General Bill Barr made clear once again that his only priority is to reelect the President, not to protect the American people.”

In Portland, officers have been using violent tactics against protests over racism and police brutality, facing off with demonstrators around the federal courthouse every night for about two months now. There have also been recent reports and videos of anonymous, militarized federal agents snatching protesters off the street, throwing them into vans, and driving off. 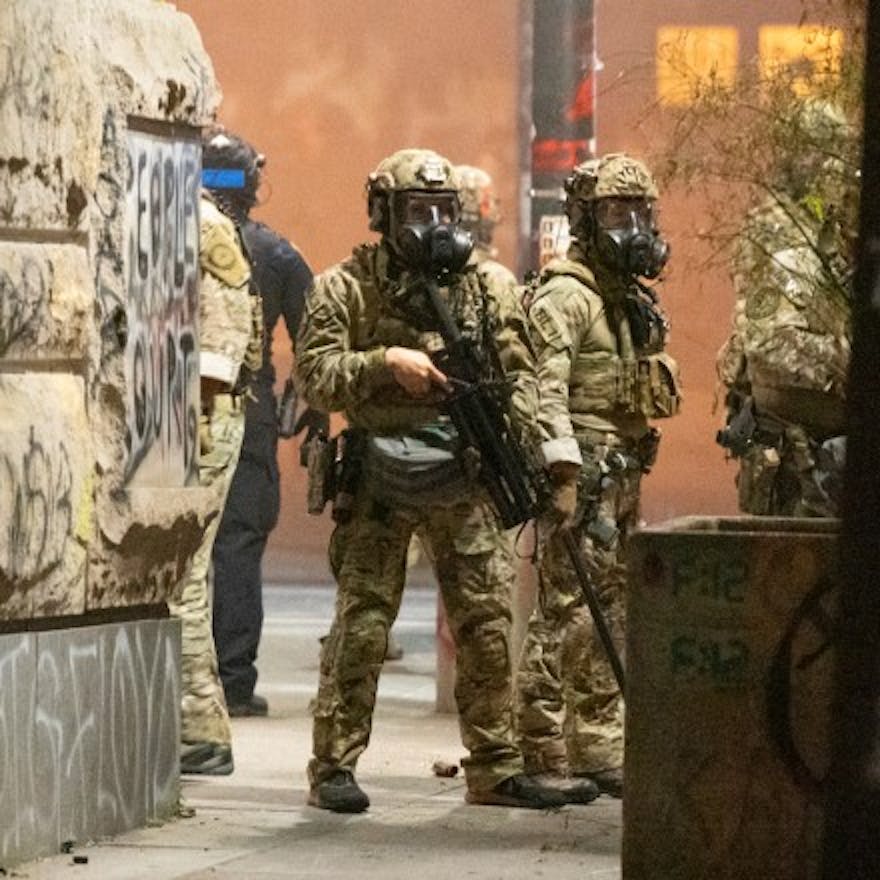 Last week, President Donald Trump announced his administration is expanding the operation — which Democratic lawmakers have denounced as authoritarian and his “shadowy army” — to send agents to Chicago and Albuquerque. The White House has also outlined plans to send law enforcement to Cleveland, Detroit, and Milwaukee — despite concern from many mayors and elected officials. More than 200 agents have been sent to Kansas City, Missouri, as part of Operation Legend…